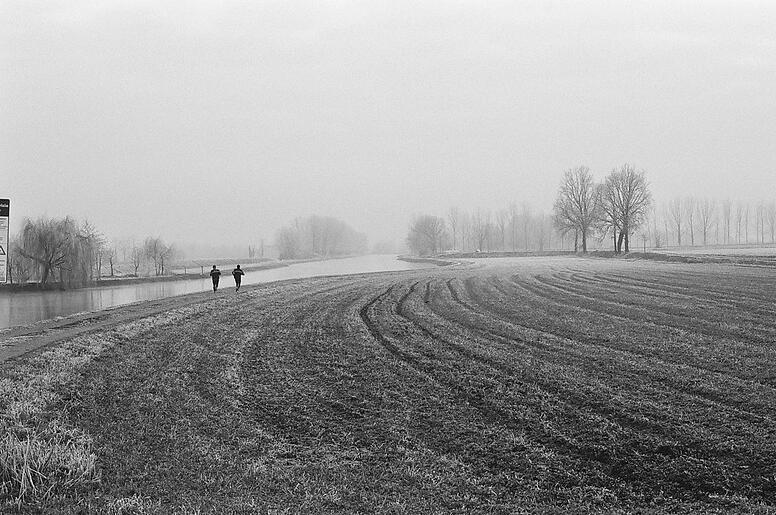 Innovation is what drives us all forward, but being a creator often comes with stress of its own. Incorporating exercise into your daily routine can help quell the stress that commonly accompanies creativity, according to Fast Company‘s “The Creative Brain on Exercise.”

Writer Jonathan Fields tells the story of international bestselling author Haruki Murakami’s writing process. As detailed in The Paris Review, Murakami states that “writing a long novel is like survival training. Physical strength is as necessary as artistic sensitivity.” With this statement, Murakami taps into a truth that can seem counter-intuitive at times: physical and mental wellness are inseparably connected.

Fields delves into this concept of creativity fueled by mental health in his Fast Company article. “Choosing art over health rather than art fueled by health kills you faster,” he writes, “it also makes the process so much more miserable and leads to poorer, slower, less innovative, and shallower creative output.”

Garnering scientific acceptance for exercise as a treatment for medical ailments—like the anxiety and depression that often accompany entrepreneurship—can be a challenge at times. The New England Journal of Medicine’s 2004 review of treatments for generalized anxiety disorder notably omitted the benefits of exercise in favor of touting those of pharmaceutical drugs. Dr. John Ratey, author of Spark: The Revolutionary New Science of Exercise and the Brain (2008), states that “until very recently, [exercise has] been cast out as the therapeutic bastard child in lists of commonly accepted treatments for anxiety and depression.” However, referencing several studies, Ratey goes on to outline the proven connection between exercise and mental health.

Fields describes how creatives are often hesitant to accept exercise as a boon to their work. He cites a cultural chasm between “artists” and “jocks,” or perhaps entrepreneurs’ perceived shortage of time, as potential causes for this disconnect. The bottom line, however, is that exercise boosts brain function in all regards—so why not get moving?

Read more about how exercise affects creativity at http://www.fastcompany.com/1783263/creative-brain-exercise.