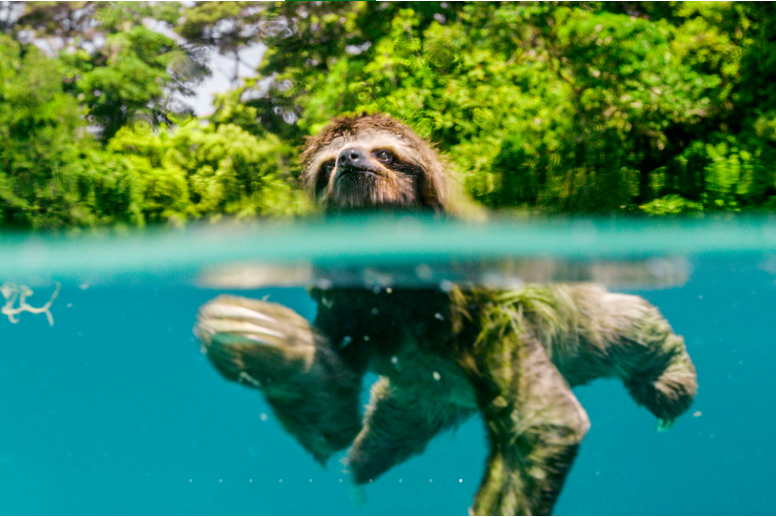 For film editor and storyteller Andi Campbell-Waite, movement is more than a simple fact of life: it may be our last chance to reconnect with the natural world. Andi just finished his latest project, editing Earth: One Amazing Day. Recently released by BBC Earth Films, the documentary tracks the sun’s journey across the Earth over the course of a single day, telling the stories of animals across the globe and depicting breathtaking scenery. Our favorite part of the film (beside the baby zebra, of course) is that Andi edited the entirety of it while aboard his FluidStance Level!

“Moving images are my business,” Andi explained when asked what movement means to him, “and now I move along with them.”

When Andi first began working on Earth: One Amazing Day, he had been working sitting down for over 20 years. He was tired of feeling lethargic, but his work hours were hectic and his identical twin daughters kept him busy at home—physical activity was at the bottom of his list of priorities. Andi decided to get moving and began looking for solutions to improve his wellbeing, discovering FluidStance while searching for standing desks. With help from the production team at Films@59, Andi redesigned the cutting room to incorporate a standing desk and FluidStance Level. He knew he’d found what he needed for a healthy workplace.

“Being at the desk is so much more fun aboard the Level. I quite literally surf my way through each day,” he said. “The benefits have been remarkable and extend far beyond my workday. I’m more alert, I feel lighter, and I feel stronger too—particularly in my core. After just 8 months on my deck (shortly after we picture locked the movie) I took a trip to The Alps with my family and some friends—everyone commented on how much my skiing had improved since the previous year. They all thought I’d been taking lessons!”

Andi brings the energy he gains from moving on the Level into his work in the cutting room. He’s worked on a number of natural history projects, including Enchanted Kingdom 3D and the IMAX production Wild Africa, and he’s learned a lot about humanity’s connection to nature in the process. As he worked on Earth: One Amazing Day, he had the chance to pore through thousands of hours of “some of the best wildlife footage ever filmed”—it was a dream project for Andi.

“We are bombarded with so many negative images of the world on a daily basis,” he explained. “This was an opportunity to remind people of just how amazing our planet is and how lucky we are to be here.”

One goal of the film is to inspire people to think twice about the impact we’re having on our planet and on the diverse range of species who live here on Earth with us. Andi posits that our modern lifestyle—which involves far too little movement—could be at least partially responsible for this lost connection to the natural world. “The lives of wild animals are so far removed from our own,” he said, “that perhaps we simply can’t relate anymore to way they exist in the wild.”

By shining a spotlight on other species and highlighting the dynamic beauty of nature, films like Earth: One Amazing Day help bridge the gap between humans and the rest of nature. Combined with the fact that we all have the chance to work a little more movement into our days with products like the Level, things are looking up for planet Earth! Some final thought from Andi about his experience on the Level: “It has changed my life and it will change yours too. Not only are the health benefits fantastic but The Level has beautiful looks and is an absolute joy to use. Beware the chair!”Earth: One Amazing Day was released in the U.S. for a limited run on October 6; visit www.earthoneamazingday.com to learn more about the film.